As detailed in the last “news update”, ABC / Thames has been at A&G having its gearbox repaired, it also needed the brake light switch rebuilding.

Both of these turned out to be “a bit of a saga”!

END_OF_DOCUMENT_TOKEN_TO_BE_REPLACED

While many enthusiasts collect radios and televisions, broadcasting equipment is a more neglected area. The Broadcast Engineering Conservation Group (BECG) is a group of people who rescue, restore and conserve historic UK television equipment, focusing on the engineering aspects. We aim to use this to present television history to the public. END_OF_DOCUMENT_TOKEN_TO_BE_REPLACED

When we received the vehicle from the previous owners, it came with lots of documentation, including some items in Italian. We know that when Sony Broadcast owned the vehicle it spent some time in Italy with the state broadcaster RAI, so we were intrigued to find out whether these documents shed any light on the time spent in Italy.

END_OF_DOCUMENT_TOKEN_TO_BE_REPLACED 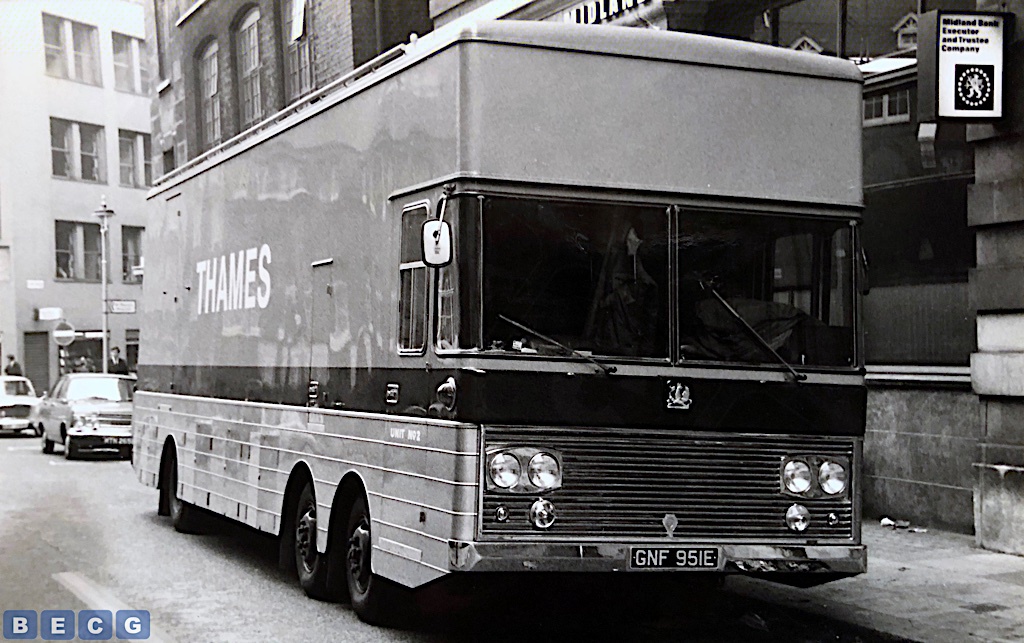