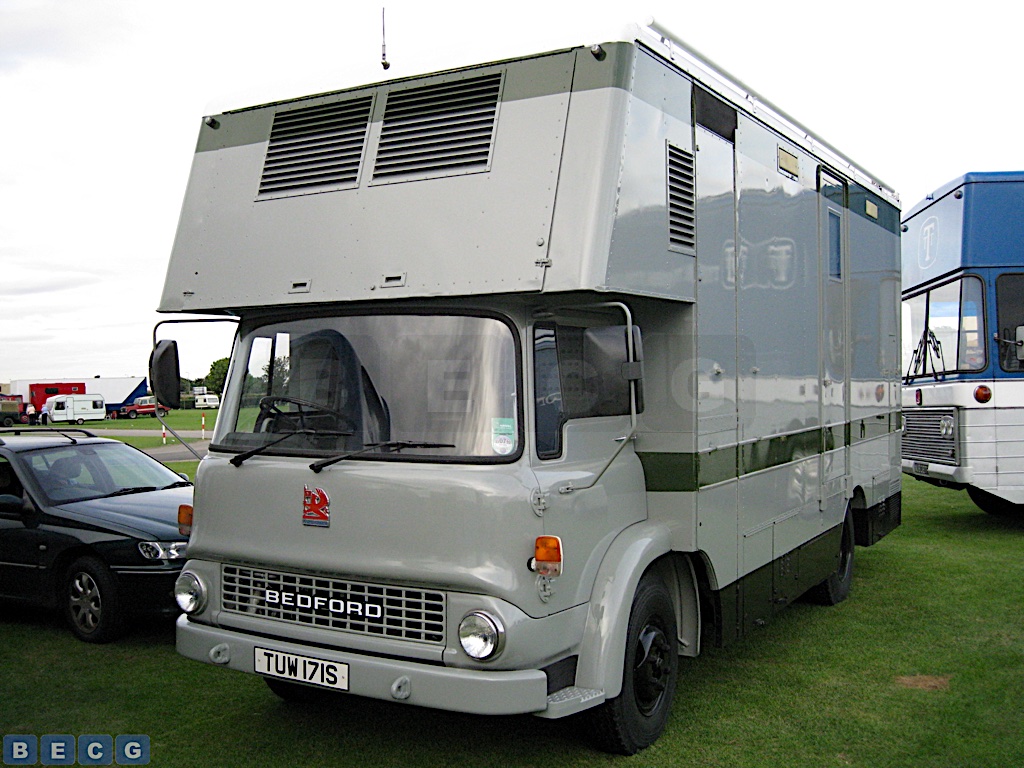 This vehicle was registered to the BBC in September 1977. It was given the fleet reference, MVT-9 (Mobile VTR No. 9). MVT-9 was stationed in London and known there as LMVT-1.

It is a Bedford TK cab and chassis, with a 330 Diesel engine and 5 forward speed gearbox.

It was refitted 1982 when the Quads were replaced with two Ampex VPR2 one inch helical scan machines housed in console trolleys fitted with monitor bridges. At a later date a VHS and one or two Sony BVW75 Betacam SP recorders were added as required for particular productions.

At that time BBC London had a second identical unit, LMVT-2 and three other, similar MVT’s.

In general, a BBC main scanner (known as Colour Mobile Control Room – CMCR) did not carry VTR’s. The units were frequently used in multiples to enable on-site editing and slow motion effects work to be carried out whilst a continuing event was being recorded.

LMVT-1 was acquired by the present owner in 1992, the BBC having removed all the VTR machines and some other equipment. Since then the unit has been used as a sound control room and as an editing suite, with minimum modification, whilst renovation and restoration work proceeded, at a slow pace.

A VPR2 was fitted in the “B” machine position, the “A” machine position being occupied by a custom-built shelf unit to accommodate cassette based VTR’s (VHS, MII, Beta SP, High Band U-Matic). A Studer A807 replaces the original A800 audio recorder.

By 1999 it was clear that the original cellulose paint had oxidised and a re-paint was needed. Rust was appearing and various bodywork repairs were going to be necessary.

Restoration work started August 2008. The cab was in a very poor state and was replaced. Significant other body work repairs were carried out, the radiator re-built, water pump and all hoses replaced, brakes serviced, and the electrical system repaired and enhanced. The vehicle was re-painted using synthetic 2 pack paint, retaining the original livery.