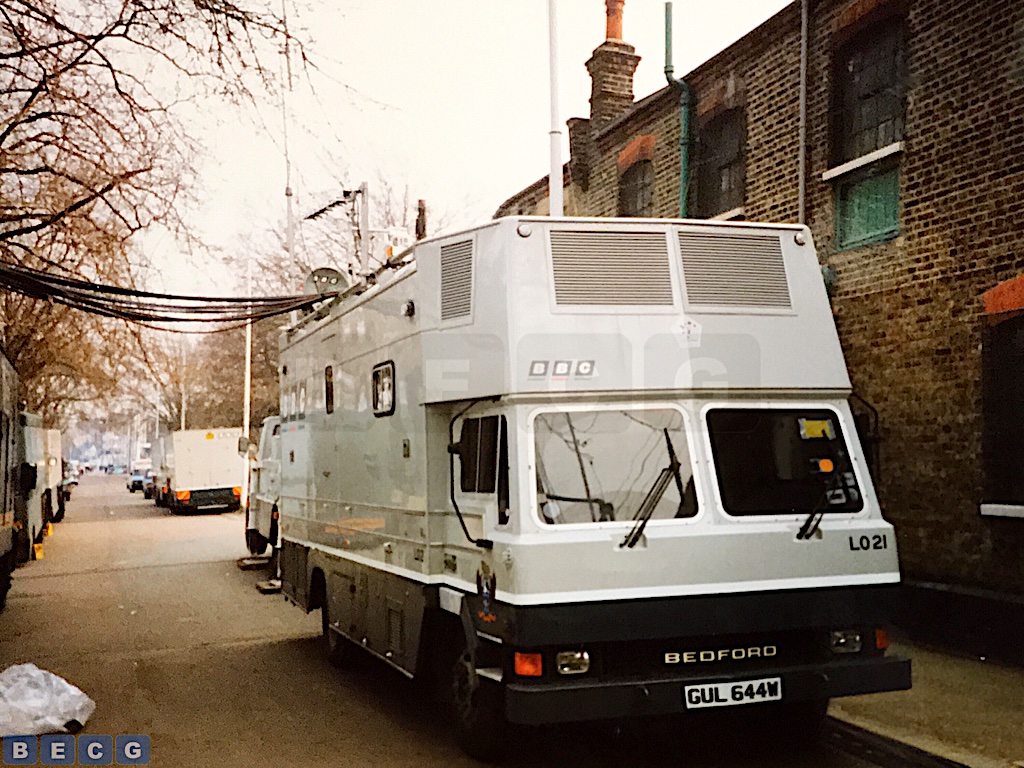 This vehicle was registered to the BBC in 1980 and it was given the fleet reference CMCR39. CMCR39 was stationed in London and known there as LO-21.

It was one of three similar units at the BBC, the others being CMCR27 LO-22 based in London and CM-2 based in Birmingham.

The vehicle was eventually re-engineered by the BBC for “remote control of golf buggies” and was given the identifier “RCV”.

Of the three vehicles, CMCR-27 moved to Ireland and was broken up there, CM-2 sold at auction and was eventually exported and CMCR39 was sold in 1994 after the equipment was removed, and restoration is in progress.

There are some photographs of this vehicle in its various incarnations on Flickr: 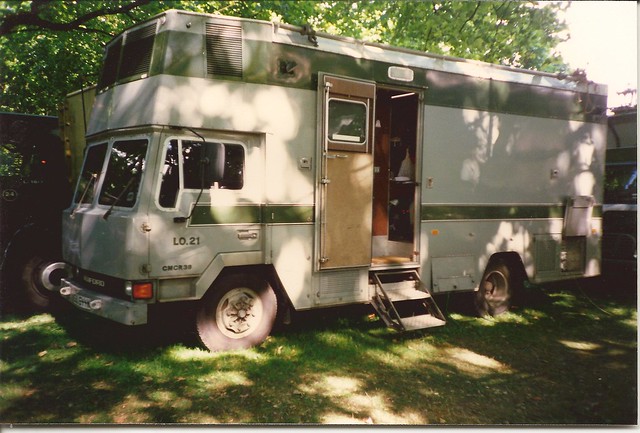 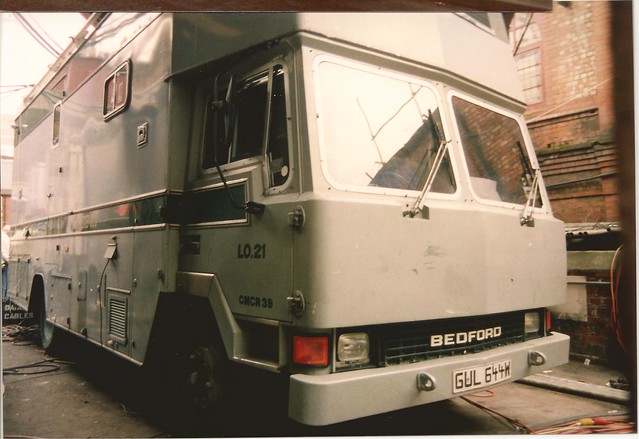 GUL644W at a Party Conference circa 1988. Credit: Harwood Hilly. 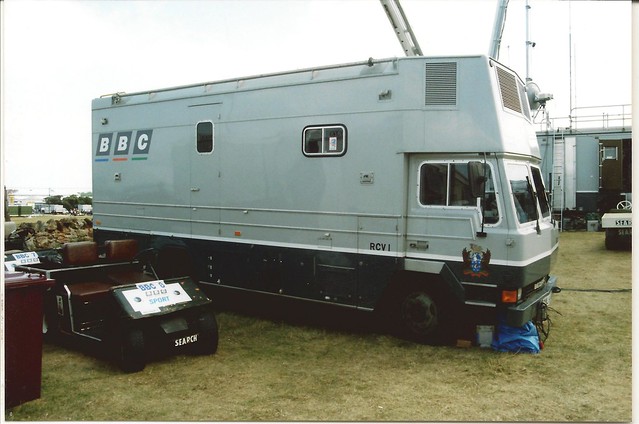 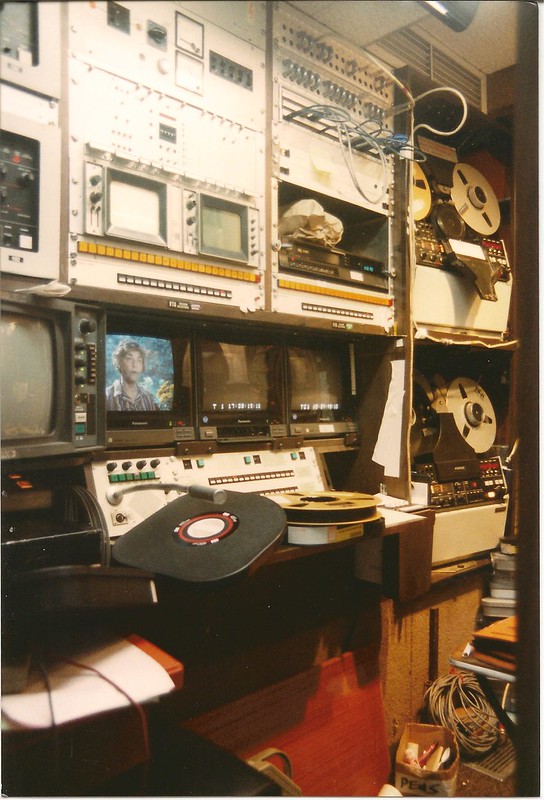